A hardy bunch of 14 scouts and adults spent the last weekend (and I mean all weekend) doing their CPR and Wilderness First Aid. Scouting guidelines require WFA trained adults on high adventure activities – and that sounds like Troop 260.

These certifications have to be renewed every two years. We refreshed our skills to assess, triage, and decide whether to evac. We are up to date on our RICE, SAMPLE, BACDE, AVPU. Bring on the adventures. 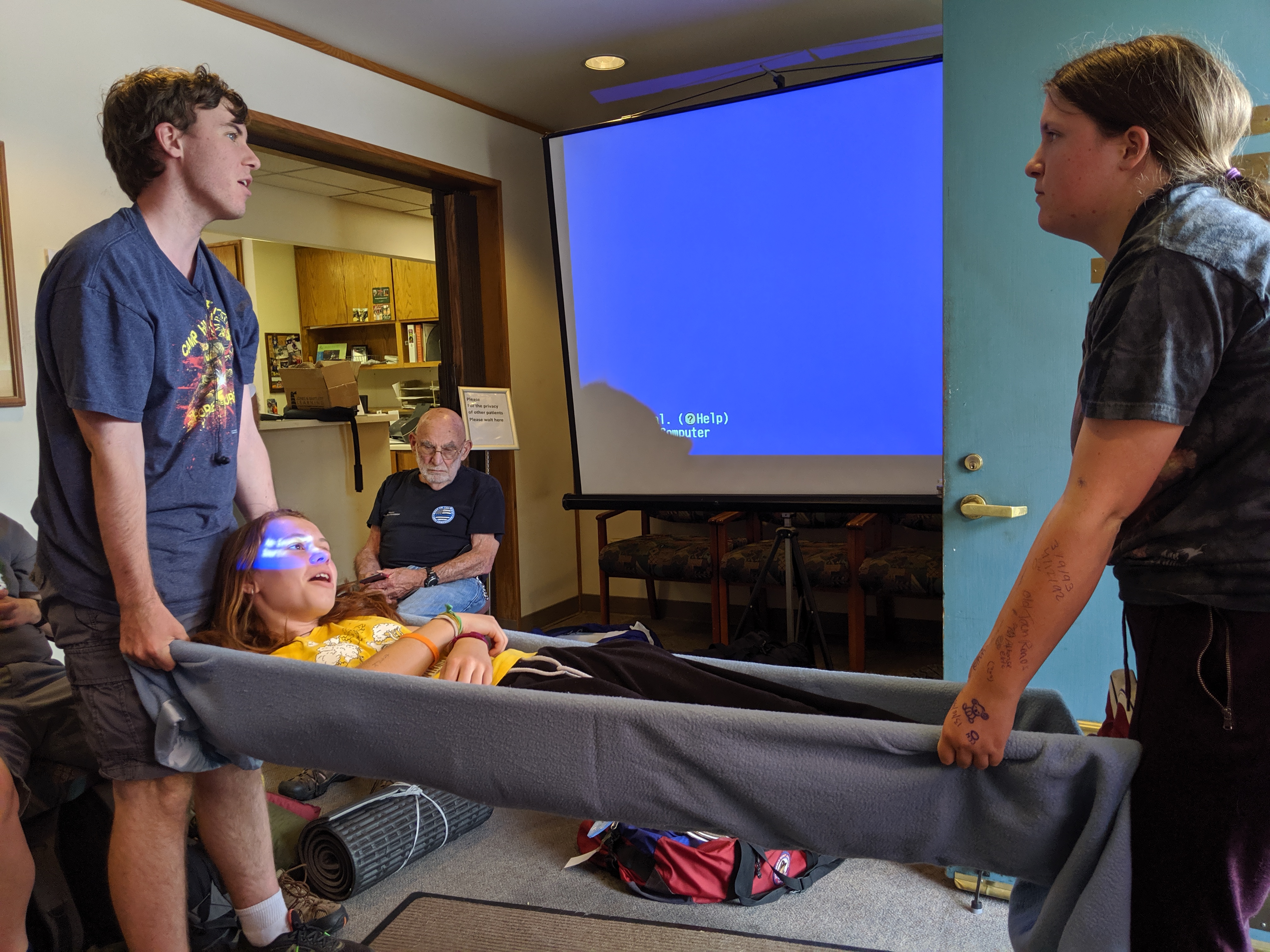 2019 marked some special dates for CHS: it is the 70th anniversary of them operating as a Scout camp, the first year of the new multi-million dollar dining hall block, and the first year that female scouts are attending (not as Staff). Troop 260 had 5 of our Serpents patrol (inc one staff member) there and go down in history as the first female scouts attending CHS. Noice.

The weather was on the cooler side this year, and caught many of us off-guard, even some of the Old Goats. A great reminder that at altitude, and when sleeping without much cover (those platform tents are VERY draughty) a cool night can follow a warm day. The late snow melt this year also contributed to a swim lake that was in the low 40s F – this is VERY cold. Kudos to all the scouts and adults that did their swim test – and special mention to Niko T for doing his aquatics work in this temperature. Brrrrrr.

The Trading Post store witnessed good custom thanks to T260: regular ice creams were a staple, but also an extensive range of knife purchases from both new Scouts that got their Totin’ Chip and old scouts that telt that their three current knives just weren’t enough…

At the end of the week, the Scouts (with a box-man mascot) did well at the camp-wide games getting 3rd place overall. And then continued the tradition of wow-ing the scouts and bamboozling the staff with a campfire skit consisting of YouTube parodies.

A huge thanks to those involved in the planning and organizing and supporting: especially Donna Johns for being our Acting SM the entire week, and Carolyn Calzia for getting all the Scouts signed up for badges. We will have a very busy September Court of Honor. 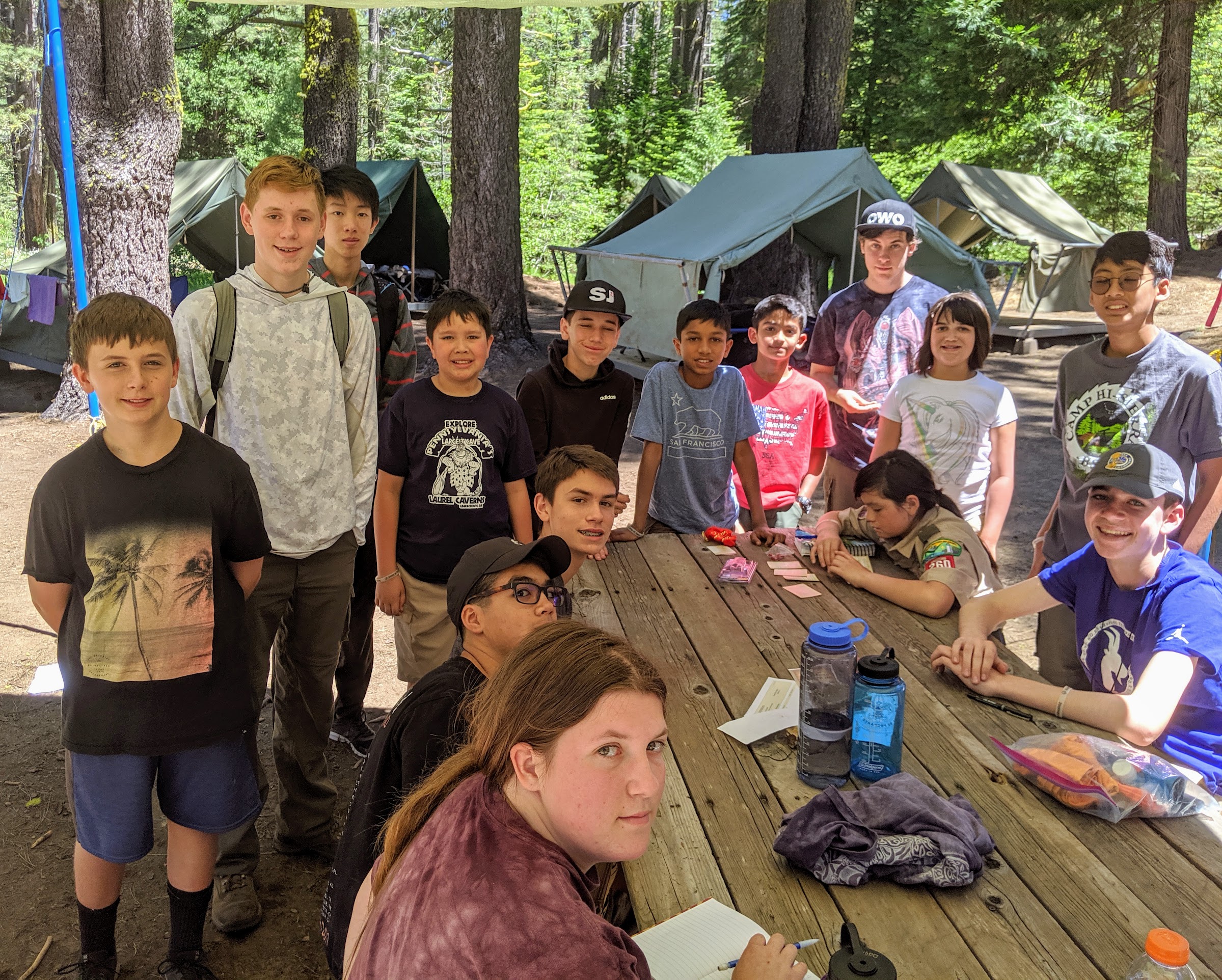